Challenging behaviors are a natural part of child development. Kids learn that, often, the fastest way to get what they want is to be loud, defiant, dramatic, and obnoxious. It takes a lot of patience and repetition to teach kids to use their talents instead of their tantrums and tears. The “terrible twos” and the even more terrible threes are notorious throughout parenthood. Our learners typically hit those milestones later in life, as Autism Spectrum and other disorders are marked as “developmental delays.” We want to nip that in the bud quickly by teaching replacement skills and having all the adults in the child’s life be consistent.

Your BCBA will work closely with you and your team of RBTs to develop a challenging behavior intervention plan to reduce the behaviors we don’t want to see and increase the skills that we do want to see. Some examples could include:

That list could be so much longer, but you get the idea. Almost every learner who comes to us has challenging behavior that needs to be worked on. And if they don’t, it’s almost guaranteed that as their social awareness begins to increase and their development speeds along, they will start! Again, it’s a natural course of development to use the behavior that’s going to get you want you want the quickest! And believe it or not, it can be a good sign.

Also important to recognize is that problem behavior often gets worse before it gets better. This is because the child is used to using the problematic method (not a more socially acceptable method) to get what they want, and if it stops working, they’re just going to up the ante. We always plan for that and are constantly shaping new skills, but it can sometimes be a tough transition. We recommend watching some of Robert Schramm’s videos on developing what is called “instructional control” to better understand this process. It doesn’t usually take long for a learner to recognize the fault in their logic, but it can be an intense process.

Behavior plans include an analysis of what we call “the function of the behavior,” which just means what your child is trying to get out of the situation. Are they trying to get attention from someone? Are they trying to get away from someone or something they don’t like? Are they trying to get their favorite snack? Are they getting some sort of good sensory feeling from it? Once we have figured that out, we can decide on a good replacement behavior that meets the same need. Everyone on the team is trained on the process and a lot of detail goes into the plan so that it’s applied with consistency by everyone. Parent and caregiver training is important for so many reasons, and the consistency of implementing a challenging behavior reduction plan is just one of them.

We’d love to talk to you!

No matter where you’re at in the process, we would love to hear your questions and concerns. We are here to help. Give us a call! Family Support would love to learn more about your loved one with autism and your family.

When you’re ready, we’d love to meet you! When you’re ready to move forward, we will schedule an initial intake appointment. This is designed to let you meet one of our clinical staff and have more specific questions answered. And if you’re ready, this can be a jumping off point to begin therapy.

How we get started with ABA therapy.

At the initial intake appointment, we just want to have a conversation with you as a parent about your concerns for your child. Our Lead BCBA will be the one to meet your family for the first time and will ask questions about your child, your concerns, and what you’ve experience so far. This meeting is just a conversation and should be a comfortable place for you to ask questions and express yourself.

What to expect at the intake appointment:

A diagnostic interview will be conducted with you, the parents and/or caregivers, to obtain detailed information about the referral concerns and your child’s developmental history, medical history, and family history.

At the end of the intake appointment, the Behavior Analyst will discuss clinical impressions and schedule 1 to 2 follow up assessment sessions, during which we will work more specifically with your child to find areas of strength and deficit to help us set more accurate goals. 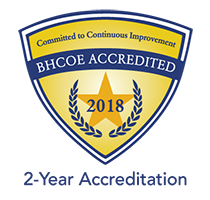